A new interview with Cavett is interspersed with clips from the Stone's appearance on "The Dick Cavett Show," shot during a 1972 concert at Madison

Muddy Waters and the Rolling Stones: Live at the Checkerboard Lounge 1981 (2012) watch online


Blues Traveler performs in the music video "Run-Around" from the album "Four" recorded for A&M Records. The music video begins at a club where a


Choreographer Nam Jeong-ho who faces retirement from teaching at an university wonders how it feels like to become a rolling stone, a forgotten being 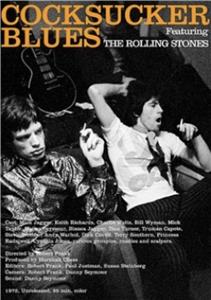 This fly-on-the-wall documentary follows the Rolling Stones on their 1972 North American Tour, their first return to the States since the tragedy at Altamont. Because of the free-form nature of filming, Cocksucker Blues captured band members and entourage members taking part in events the Rolling Stones preferred not to publicize. It can only legally be screened with director Robert Frank in attendance. The title of the film is the same of that of a Rolling Stones song (aka Schoolboy Blues), which was written to complete the band's contractual obligations to Decca Records and specifically to be unreleasable.


The Rolling Stones were upset by this film's portrayal of them and sued to prevent its release. The film is under a court order that only allows it to be shown once a year with director Robert Frank present in person.

Although The Rolling Stones have never officially released the film themselves, black-and-white scenes from the infamous documentary can be seen in their subsequent video/DVD releases. These include: Video Rewind: The Rolling Stones' Great Video Hits (1984) and Rolling Stones: Four Flicks (2003).