Soce drops by the studio to interview hip hop legend Prince Paul, where they discuss every song and album he's created, quantifying them


Great White performs in the music video "The Angel Song" from the album "...Twice Shy" recorded for Capitol Records. The music video starts with


The Go-Go's perform in the music video for the song "Head Over Heels" from their album "Talk Show" recorded for I.R.S. Records. Belinda Carlisle

Usher Feat. Nicki Minaj & Pharrell Williams: She Came to Give It to You (2014) watch online


Music Video for the song XMAS GORILLAS by LIQUID IMAGE from the album QUICK FIX ELIXER. 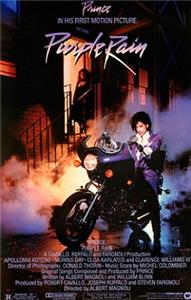 "Purple Rain" is a song by Prince and The Revolution. It is the title track from the 1984 album of the same name, which in turn is the soundtrack album for the 1984 film of the same name, and was released as the third single from that album. The song is a combination of rock, R&B, gospel, and orchestral music. The song is dedicated to his father in the movie.


The music video for the song was taken from the film Purple Rain.

It was certified gold by the Recording Industry Association of America in 1984, shipping one million units in the United States.

The song was certified silver by the British Phonographic Industry in 2013.

Following Prince's death in 2016, the song rose to number one on the US and UK iTunes Charts, allowing "Purple Rain" to re-enter the Billboard Hot 100 at number 17, later reaching number four.

In the United States, it has sold an additional 1.18 million copies after becoming available as digital downloads.

The song was recorded during a benefit concert for the Minnesota Dance Theatre at the First Avenue nightclub in Minneapolis on August 3, 1983.

At Super Bowl XLI's halftime show, in which he was the featured performer, "Purple Rain" was featured as the last song of Prince's set and was, appropriately, played during a downpour at the stadium; when combined with the purple stage lighting, this created the song's signature image.

Prince performed the song as the opening of a medley of his hits with Beyoncé at the 2004 Grammy Awards, and also at the 2006 Brit Awards.

"Purple Rain" ended up being the final song Prince performed live during his final concert in Atlanta, Georgia on April 14, 2016.

The song ranked number 144 on the Rolling Stone list of the 500 Greatest Songs of All Time.