A cyborg escapes the facility where he was created. With the help of a local sheriff, he tries to run from the dangerous scientists that created him. 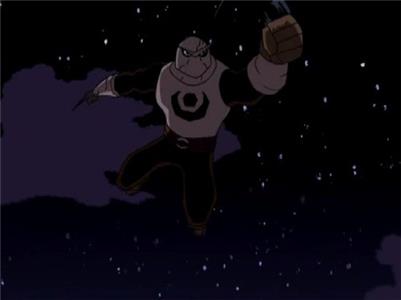 Cyborg gets transported into the past, With no way to recharge his cybernetic parts, he must learn to adapt to his new situation.


This episode originally aired out of production order. It is the second episode of Season 4, but the fourth one to be aired.

Cyborg's love for waffles - as was seen in CRASH - is remembered by Raven in the opening scene.

When Cyborg worries about messing with the timeline, we see an image of a 'baby' version of Warp, the villain from the episode HOW LONG IS FOREVER.

The face on the Statue of Liberty is modeled after Irineo Maramba - a storyboard artist for the series.

The face on the sun is a caricature of series character designer Derrick Wyatt.

When Cyborg digitally avoids messing with the past, it looks just like the classic video game, "Frogger."

Sarasim name is a reference to Cyborg's love interest in the comic book series, Sarah Simms. But the similarities end there as the comic book character Sarasim is named after is a far cry from a barbarian queen, Sarah Simms was a teacher at West Side School for the Handicapped - where the students coped with prosthetic limbs. The children looked up to Vic (Cyborg), who had his own 'metal prosthetics,' of a sort. Vic and Sarah Simms remained close friends. Although each of them danced around the idea of a romantic relationship, this would never come to pass. Sarah first appeared in "The New Teen Titans" (vol. 1) #8 and remained a supporting player in the Titans comic book until the late 1980s.