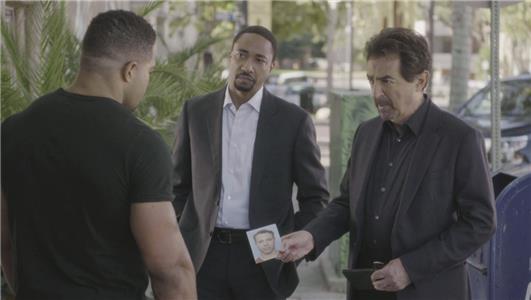 The team heads to Palm Springs, California where the torso of a body is found in a dumpster, the unsub murderer probably intending that it never would have been found and if so the decapitation a possible counter-measure to not be able to identify the victim. The BAU is called in the possibility that is related to a still unsolved serial murder case in DC from 2004. The Palm Springs authorities are able to identify the victim as twenty-eight year old Paul Mastriano, who was killed after a night at the bar, his drinking which was apparently the cause of his marriage breaking up. Shortly before the BAU's arrival in Palm Springs, a second torso is discovered in the same neighborhood, that victim eventually identified as Brent Miller - similar physical type to Mastriano - who, although unmarried, had just gone through a break-up and was drowning his sorrows in a bar the evening before. The BAU suspects that the victims were targets of opportunity at the bar, who were probably slipped the ...