We are all at some point challenged in our lives with the conviction of faith. Whether it be spiritual (with God), and/or personal (self-belief). 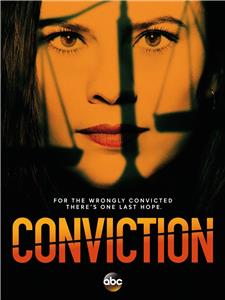 A brilliant attorney and former First Daughter is blackmailed to heading a unit that investigates cases of wrongful conviction.

A brilliant attorney and former First Daughter is blackmailed to heading a unit that investigates cases of wrongful conviction.


Both the Morrison children are named for former Presidents: Rutherford B. Hayes (Hayley Atwell) and Andrew Jackson (Daniel Franzese).

The character of Hayes's younger brother Jackson was originally conceived as the family's golden child, who also happens to be a top-end lawyer and extremely good looking. Daniel di Tomasso a Canadian actor and model was originally cast for the part. Later due to creative reasons the whole concept was changed and Daniel Franzese was recast as his replacement.

Hayley Atwell and Shawn Ashmore have both played characters based on Marvel Comics characters, with Atwell playing the title character in Agent Carter and Ashmore playing Iceman in the X-Men films.

Initially the main character's name was reported as "Carter Morrison," which could have been a reference to Atwell's previous role as Peggy Carter. The character was renamed "Hayes Morrison" before the pilot was filmed.

Shawn Ashmore, Manny Montana, and Emily Kinney have all played characters on the FOX thriller series The Following (2013). Ashmore was a series regular for all three seasons and Montana (2015) and Kinney (2014) were one episode guest stars.