This documentary follows filmmaker Michal Siewierski as he explores the impact that food choice has on people's health, the health of our planet and


In 1980, the Village Voice hired Amy Arbus to photograph the people of New York City for a section of the paper called On the Street. The new


In this 1957 biography film of the jazz-great Louis "Satchmo" Armstrong, he and his band tour the world as American good-will ambassadors bring jazz


In the fall of 2007, Vancouver's Bend Sinister set out to answer the question: is it worth it to tour Canada? The answer came back with mixed


This Short Documentary is part of the 50 People One Question Worldwide Project. We went to Vulcan Lane in Auckland, New Zealand and asked a cross 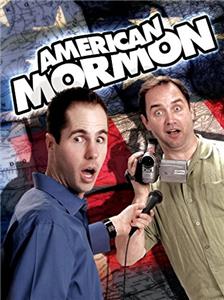 In the tradition of The Mouths of Babes, intrepid interviewer Daryn Tufts and filmmaker Jed Knudsen tour the country documenting the hilarious misconceptions people have about Latter-day Saints. From New York to Los Angeles, this sidesplitting collection of man-on-the-street interviews helps answer the question: What in the world do people think of us?


Although it may seem like one trip, it actually took Daryn and Jed three separate trips to various areas of the United States in order to obtain all of the footage and interviews they wanted for this documentary.

In an attempt to keep the interviews as real and honest as possible, no one interviewed was ever told, beforehand, that they were going to be asked any questions about the LDS religion.

After the camera stopped rolling, Daryn and Jed often had longer conversations with the people they interviewed, in order to clear up misconceptions and answer questions about the LDS church.

After filming and returning home, Daryn and Jed ran around Salt Lake City tracking down Weston and Casen, (two young men interviewed on the Las Vegas strip), in order to do follow-up footage for the documentary.