A Behind the Scenes look at a group of Orange County residents, as they spend 15 weeks learning what it takes to be an Orange County Sheriff's


The old Commandant Lassard, leader of the Police Academy (1984), goes to Florida to receive an award. In the city arrives also the cynic Captain


A Pastor with a sordid past tries to give back to the community that saved him by forming a peer support group. He discovers that wanting to help his 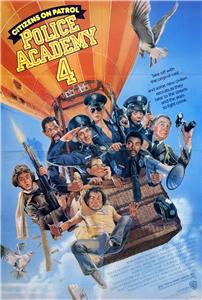 A new batch of recruits arrives at Police Academy, this time a group of civilian volunteers who have joined Commandant Lassard's new Citizens on Patrol program. Although the community relations project has strong governmental support, a disgusted Captain Harris is determined to see it fail.