Mrs. Harris receives an unwelcome visit from the gardener.


A soldier back from tour in Iraq struggles with Post-Traumatic Stress Syndrome in solitude. 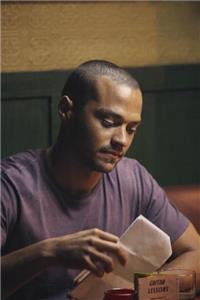 When Derek receives an unexpected and unwelcome visit from his estranged sister, Amelia, issues between the siblings -- both past and present -- come to the surface; the Chief tries to help Alex when he notices that he's refusing to use the elevators after his near-fatal shooting; and Meredith and Derek continue their efforts to ease Cristina back into surgery after her post-traumatic stress.


When Amelia is first talking to Mark, Mark guestures to Todd and calls him Brett Favre. Sean Carrigan, who plays Todd, played Brett Favre in the short "Brett Rise: What Should I Do?"

Superfreak is a song by Rick James.

A comment was made about Jerry being transformed from a tree to Frankenstein. Like most references to the Mary Shelly's classic monster, the likeness of the patient was compared to Frankenstein's creation, not Frankenstein the scientist who created it. From pop culture to Halloween costumes, the monster itself is almost always referred to as "Frankenstein".