October 16th, 1981. While the search for spies is at its peak within the National Intelligence Service, agent Im Kyu-Nam receives a mysterious 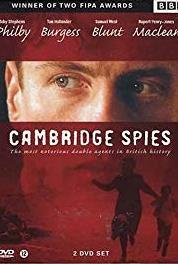 Burgess and Maclean are becoming liabilities for Soviet intelligence, and Philby has his hands full protecting the two of them before they can be pulled out and relocated to Moscow, while CIA man Angleton is becoming increasingly suspicious of Philby himself.