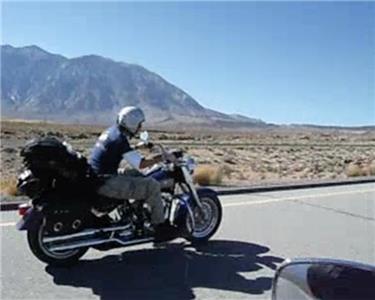 Father and son's roadtrip around California by Harley Fatboy. James takes his father on a belated 60th birthday to visit his sister in California. On the way they ride through Yosemite National Park, Death Valley, Route 1, and over the Golden Gate Bridge.


Both James and Anthony had close calls on their motorcycles whilst filming. James's close call came whilst crossing into Death Valley, whilst Anthony slid sideways through a stop sign