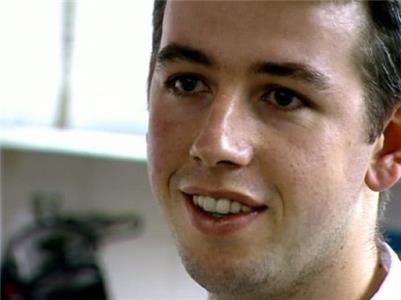 The venue for tonight's fourth programme is La Riviera, a fine dining restaurant in Inverness. Owned by multi-millionaire BARRY LARSON and costing £8000 a week to run, the place boasts top French chef LOIC LEFEBVRE and an impeccably-trained kitchen staff with Michelin star-studded backgrounds. Loic is on a mission, to bring sophisticated French cooking to the home of haggis, tatties and deep-fried Mars bars. But though he's hungry for success he's French, he's arrogant and the food's pretentious. The locals aren't biting and the restaurant's empty most nights. There's a sharp smell of déjà vu in the air for Gordon whose own venture in Scotland - Amaryllis - had to close. This week it's personal as Ramsay tries to save La Riviera from the same fate. Can Gordon tone down their act, demystify the menu and, most importantly, get the punters in?


Le Riviera later re-named itself Abstract and as of 2011 has yet to get the desired Michelin star.