Secret Santa gifts are exchanged; Morgan and David head to the principal's office.


Carol fires her office staff, Paula and Sharon, among others on Christmas Eve only to be visited by the Ghost of Christmas Past, Present and Future 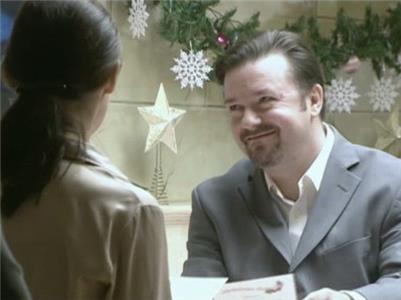 Tim's world is rocked when Dawn turns up at the office to say hello. Despite a stern warning from Gareth and wise words from Keith in Accounts, Tim can't help but get his hopes up again. Meanwhile, David Brent has been using the services of a dating agency and, in between making celebrity appearances in nightclubs, he meets up for drinks with a rather disappointing selection of single women. The office Christmas party kicks off like any other but there are a few surprises in store...


The office Christmas special episode was voted the best TV Christmas moment of all time by radio times readers in 2014 11 years after it was first aired.

The voice of the BBC interviewer, heard at the end of the episode, is that of Ashley Jensen, Ricky Gervais' co-star in Массовка (2005).

The pub scene, where Brent meets Susan, was shot in The Foresters Hampton Wick Surrey. The logo on the pub door, Thames 107.8, was a local radio station based just up the road. It's now owned by Radio Jackie based in Tolworth.