Ben Hall is drawn back into bushranging by the reappearance of his old friend John Gilbert. Reforming the gang, they soon become the most wanted men 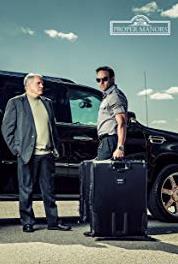 Nigel Holmes (Brandon Christian) and Jedidiah Hall (Rick Miller) are kicking back at Proper's Hole In The Wall Bar - celebrating that they successfully beat Medio Sorrento and left him for dead outside Soul & Bones as it exploded and burned. Unaware that he survived and was last seen attempting suicide, they are enjoying the special attention Leona Hall (Melissa Fife), Jedidiah's wife is giving both of them, In the meantime, Mayor Clancey Mahue (Jon Muench), continues drinking while the tragedy unfolds and the media and his fellow city leaders seek him out for a comment and some guidance. {locallinks-homepage}