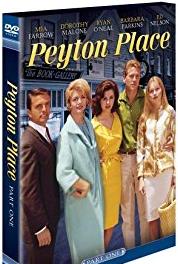 Matthew tells to Allison and Constance Rodney and Betty were involved in a car accident. He says Betty is badly injured and is in surgery in the hospital. When George finds out, he is enraged and takes out on Leslie, blaming his son Rodney for the cause. When Leslie confronts Rodney about the accidents, Rodney admits he planned to run away town with Allison, but can't anymore now because of Betty. Later, doctor Rossi doesn't want George around the recovering Betty. He leaves and demands Leslie to force Rodney to get back with Betty. Meanwhile, Matthew asks Allison not to call him uncle Matt anymore.


Betty was slated to die in this episode. Because of the rising popularity of Barbara Parkins, the producers decided to make her character survive.