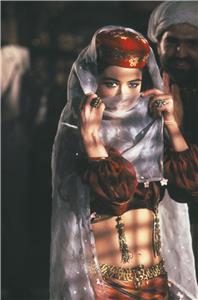 T.E. Lawrence suggests his old friend and pen-pal Indiana Jones (aka Henri Defense) for an undercover mission in Gaza, where Indy befriends some members of the Australian Lighthorseman Regiment. The British plan to attack Beersheba but have to cross a grueling desert to do so. To get into Beersheba first, Indy poses as an Arab trader and is accompanied by a 'belly dancer' named Maya. {locallinks-homepage}


WILHELM SCREAM: When a soldier falls of his horse as one of the wells is blown up.

Director Simon Wincer incorporated footage of his own film The Lighthorsemen (1987).

Colin Baker acts in this episode, he is one of 3 actors to play the titular character in DOCTOR WHO to appear in the INDIANA JONES franchise. Jon Pertwee, also appearing in the Young Indiana Jones(The 3rd Doctor in the classic DW era)(as a German General), and John Hurt(the War Doctor in the 50th Special episode). Baker played the 6th Doctor, also in the classic era.

Daniel Craig, who plays Schiller, is the 2nd James Bond to act in the INDIANA JONES franchise. The first, and coincidentally the first James Bond, Sean Connery played Indy's father in "The Last Crusade".

Scenes depicting the charge at Beersheba during the First World War feature footage from The Lighthorsemen (1987).