Splendid views of the monster military parade of 25,000 men picked from the principal navies of the world and from every branch of the United States


Tehran, June 2013. Iran prepares to elect the new President of the Islamic Republic. In front of their TV, they comment on the presidential campaign

Thanks of a Grateful Nation (1998) watch online 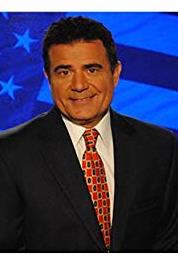 As a nation, we have it right now. At this moment, and indefinitely, there is no U-S Navy Aircraft Carrier patrolling in the Persian Gulf. That's right. Iran, the Taliban, and the Islamic State.. all have a free pass right now. However, that's not all. It gets worse. For the first time since "post" World War Two, we have none deployed. Zero Aircraft Carriers are at sea, right now. They are all in port - despite global threats facing both the United States and its allies. Incredible. So, why..? How could this happen..? Well, its either gross incompetence - or - by design. But, which is worse...? It's a lapse in national security, Obama parting shot - at ourselves. By having no Carriers deployed, anywhere, the message the current President is sending to our enemies is - "go for it". The only question is - will they take him up on this generous, dangerous offer..?##