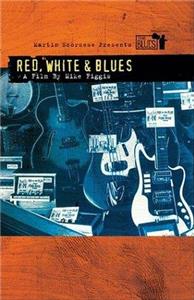 Documenting the blues explosion in 1960's England and it's influence and reinterpretation by musicians at the time.