Legend of the Dragon The Temple of the Shadow Dragon: Part 2 (2005– ) watch online 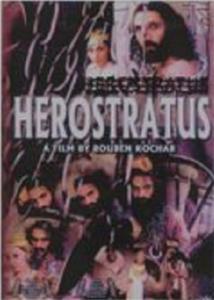 In Ephesus, a city in Ionia, on the night of July 21st, 356 B.C., an unknown man by name Herostratus, sets fire to the Temple of Diana (Artemis) with intent to render his name immortal. The temple was regarded not only as a sanctuary, but as the most beautiful edifice on earth, built as a tribute to the goddess of hunting and of nature. The citizens of Ephesus (today close to Selcuk, some 50 km south of Izmir in Turkey) are so shaken by the destruction of the temple that a decree is enacted to the effect that any person uttering the name "Herostratus" shall be put to death. The city is divided: one part demands the immediate execution of the arsonist, while others are confused and opt for a postponement of his death. The days go by, and the wrath of the citizens is abated: the people of Ephesus begin to think in terms of forgiveness. The King of Ephesus, Tisafern, however, is for Herostratus' death at any cost and is determined the pyromaniac shall not go unpunished.


Levon Sharafyan originally portrayed the role of 'Crisip' on the stage production of "To Forget Herostratus" at the Yerevan Dramatic Theatre.