Documentary on the evolution and revolution that sports endured during the politically volatile climate of the 1960s.


Four young women reveal why they appear in adult films, with their stories graphically re-enacted. 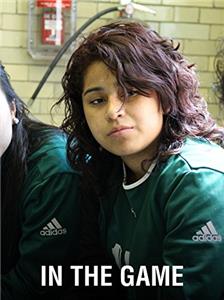 Thirty- five years ago, a life-changing piece of legislation prohibiting sex discrimination in federally funded education, including athletics, was enacted into law. By mandating equal opportunity, Title IX gave legislative muscle to those who were campaigning for more girls' teams, better sports facilities for girls and women, and higher pay for their coaches. It set in motion far-reaching changes that would not only revolutionize America's playing fields, but its political, social and cultural landscape as well. Kartemquin Films is currently developing In the Game, a feature-length documentary that will look at how and why change takes place in a democracy--by not only exploring how Title IX has altered the face of sports, but also by understanding the meaning of sports in the American experience. In the Game will raise questions of inclusion and exclusion, fairness and tradition, principle and compromise... In the film we will come to understand the power of mentors and role models...