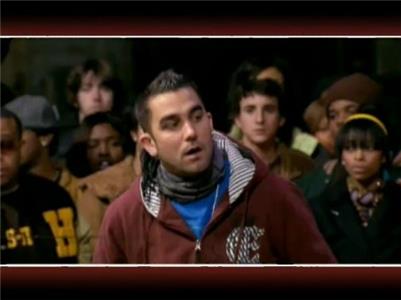 After being voted the best of their hood and defeating the competition Chuck Mendoza (Valley), Deleon Jenkins (Long Beach), DeAndre Kidd (aka Mack) (Downtown), and Will Vega (Orange County) battle to determine who will go head to head in the next round. Deleon Jenkins (Long Beach) selects to go up against Will Vega (Orange County), that leaves Chuck Mendoza (Valley) vs DeAndre Kidd (aka Mack) (Downtown) to battle in the second round. Before the battle begins Sam and Jason select topics the contestants have to stick to during the battle. Wilmer introduces a jury comprised of the lead contestants that were defeated earlier in the week. Jamaal Todd (Beach), Jason Hill (Riverside), Constance Reese (Hollywood), and Sharae Robinson (Echo Park) select who will move onto the next round. Wilmer dismisses the jury and introduces a special guest to help make the final decision of who will be the "Best of the Week." This week's guest is Method Man.