What's Your Dream? is a TV reality show that highlights someone's dream and helps make that dream come true. Think for a moment; Pretend you are just 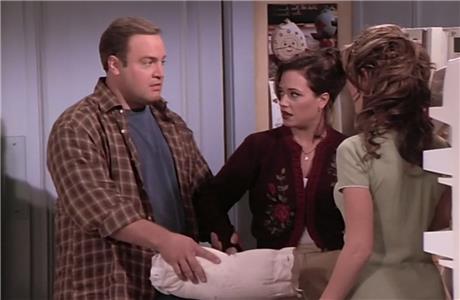 Doug Heffernan gets a 70-inch TV to make his sport's basement dream complete, but the dream turns into a nightmare when Carrie's father moves into the basement.


The line where Arthur gives the priest money and tells him to get an egg cream originally had Arthur telling him to "go get yourself an altar boy." But CBS refused to let the line air and it was changed.

Doug's friends were originally supposed to be a one time appearance.

If the Heffernan's kitchen and it's blue refrigerator look familiar to TV viewers ,it's because it was originally used on the ABC sitcom "Grace Under Fire." (1993-1998). Which had been axed by that network 7 months earlier ,due to difficulties with star Brett Butler.