How the Bicycle Brought a War-Torn City New Life.


One man will do whatever it takes to reclaim his impounded bicycle without paying a dumb fine.


A short silent comedy about a cowboy in the Old West looking for love...on a bicycle. 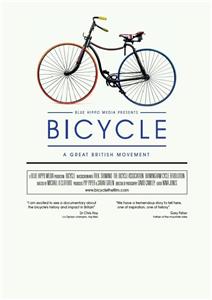 'Bicycle' is a 90 minute documentary, asking the question 'why is cycling and the bicycle back in fashion?' The film, which is directed by BAFTA winning director and keen cyclist Michael B. Clifford, tells the story of cycling in the land that invented the modern bicycle, its birth, decline and re-birth from Victorian origins to today. The film weaves bicycle design, sport and transport through the retelling of some iconic stories and features interviews with notable contributors Sir Dave Brailsford, Gary Fisher, Chris Boardman, Ned Boulting, Sir Chris Hoy, Tracy Moseley, Mike Burrows and many more, plus great archive, animation and music. 'Bicycle' is a humorous, lyrical and warm reflection on the bicycle and cycling within its place in the British national psyche.