An essay on Doina Cornea, a famous Romanian dissident under communist regime and a tireless fighter for democracy. 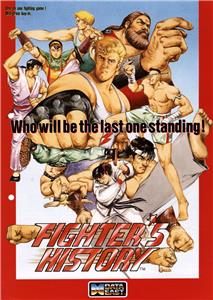 
This is one of Data East's most controversial games of the '90s. This game got Data East sued by Capcom just after they had released "Street Fighter II" (1993) (VG) for copyright infringement. Capcom failed to win the case.