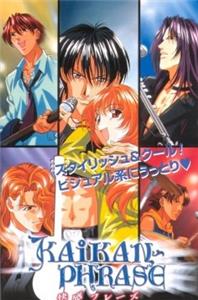 An anime about a rock band who's lead vocalist falls in love with a high school girl.


Due to the popularity of the anime, a real live group called Lucifer was formed. The members of this group took the names of the anime's characters, except for the lead singer, who called himself Makoto. They released several CDs & singles, as well as a concert DVD, before breaking up around 2003.

Based on a manga series by Mayu Shinjo.