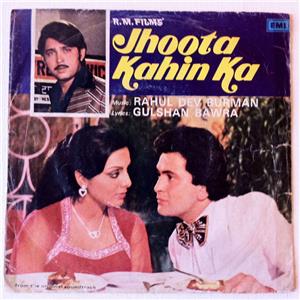 The Rai family consists of four: father, mother, Shanti, and two sons, Ajay and Vijay. While traveling on a ship, they run into a severe storm, which leads to the ship capsizing, and the family getting separated. While Ajay and his mother are together, Rai is separate, and so is Vijay. Wealthy Jagatnarain Khanna rescues Rai,takes him home, ensures that he is treated well, and makes him a business partner. Years later, the Rai sons have grown up. Ajay is a lowly motor mechanic working in Pinto's Garage, but has big dreams, and a dual life as a Casanova, who is a liar, a conman, who dreams of making it big with a wealthy woman named Sheetal Khanna. Then there is Vijay, who is now known as Vikram, who works for Sheetal Khanna, and hopes to marry her one day, but has an affair with a gorgeous woman named Mala. When Mala gets pregnant, Vikram refuses to marry her, and an argument ensues. Shortly thereafter Mala is killed, and Vikram is being blackmailed by a man named Prem, who claims he ...