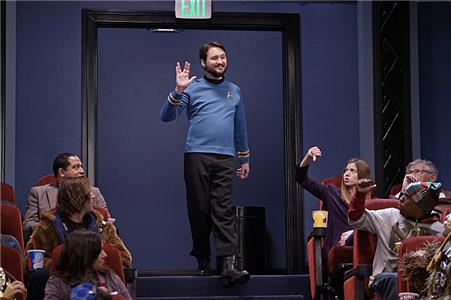 Professor Proton visits Sheldon in a dream and gives him advice about whether to go see the new Star wars film or spend the time with his newly reunited girlfriend Amy on her birthday. Meanwhile, Leonard, Howard and Raj try to decide who will get their extra ticket to the movie premiere.


The only episode where the episode title is shown.

Will Wheaton is shown using his Star Trek background to taunt the Star Wars moviegoers and play up the rivalry between the two fan bases. In real life, Wheaton has actually been a Star Wars fan since childhood, predating his connections with the Star Trek franchise.

The highest rated episode of the series. (as of February 2016)

"Live long and suck it!" Is what Sheldon said about Zachary Quinto's Spock cutout. When the first new Star Trek came out.

Based on the events of this episode, Amy's birthday is December 17.

In a geeky reference to Star Wars there is a scene between Sheldon's bedroom and Amy's bedroom where the scene change swipes left to right which was a technique used in the original trilogy.

This is the second Star Wars themed episode with an Angie Dickinson reference. The first came in The Convention Conundrum (2014) with James Earl Jones as guest star.