The air ambulance teams race to save the life of one motorcyclist and help another who may have a serious spinal injury. And a woman has been kicked 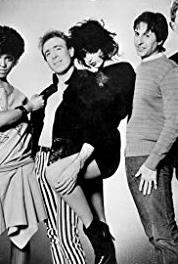 Where Are They Now?: Spinal Tap checks in with guitarist Tufnel (Christopher Guest), singer St. Hubbins (Michael McKean) and bassist Smalls (Harry Shearer), looking back at the band's beginnings, break-ups, reunions, break-ups and reunions in never-before-seen footage and exclusive interviews.