Boxer on the Wilderness (2014) watch online


A mother looks for her husband while being pursued by the most violent and disgusting creatures in the universe.


A young boxer enters his first fight while contemplating why he fights and who he is. 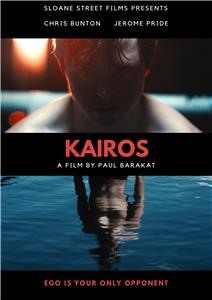 Danny, a young man with Down syndrome and his boss John, an ex-boxer, struggle to deal with the fallout of a violent incident.


'Kairos' is a truly inclusive film. The story is primarily told from the perspective of a lead character with Down syndrome. This is a point of view so rarely seen in cinema.

Kairos is a self-funded, independent film. The director Paul Barakat had been developing the film for almost three years. The actual shoot took 33 days across a 3-month period in multiple locations across Sydney and New South Wales.

Lead actor Chris Bunton is a World Champion Gymnast. He has competed in four international competition Special Olympics - Shanghai 2007 and Athens 2011, Trisome game, Florence 2016 and the Down Syndrome Gymnastics World Championship in Bochum Germany 2018, winning a swag of medals including gold each time.

Kairos is an ancient Greek word meaning the 'opportune' or 'supreme' moment for action to be taken. The term (and variations of it), has also been used in theology to differentiate sequential time (chronos), and divine time.

The film had a small, core production crew of only 12 people.

Kairos had its world premiere at the Tertio Millenio Film Festival in Rome, Italy on December 13, 2018. The film was awarded the top prize by the jury. The festival is an inter-cultural event presented by Fondazione ente dello spettacolo, an organization committed to the enhancement of film culture in Italy. The organization is also responsible for awarding the Robert Bresson award at the Venice Film Festival. Tertio Millenio Film Festival is sponsored by the Pontifical council for culture, born from an idea of Pope John Paul II, who saw it as an opportunity to create dialogue between different communities from around the world through the power of cinema.

The Tertio Millenio Festival Jury delivered this statement regarding their decision to award Kairos the top prize (translated from Italian): "Kairos undermines the stereotype of Down syndrome as a physical, mental, psychological, relational and social limit. But Kairos also shows us the different levels of love and friendship, with all the distortions that human weakness brings with it. Finally, the film reveals to us how one can love one's neighbor only by loving oneself first: the true existential strength lies in the courage to be faithful to one's values and visions, to accept defeats and learn from them, in self-love that leads to evolve, to redeem oneself, to improve and to be a good example of life for others".