A hit-man tracks and hunts down outlaws one by one at Istanbul nights during the harsh times of heroin trade when new routes are being established. 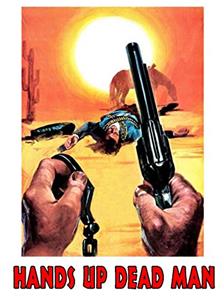 The sole survivor, named Sando Kid (Peter Lee Lawrence), of a Northern slaughter seeks vendetta. After suffering atrocity, Kid executes a single-handedly revenge, he ravages, he hits and kills each person involved in the massacre. He is relentless in his vendetta, deadly in his violence. Sando enlists Texas Rangers, hunts outlaws (Luis Barboo) and meets a sympathetic bounty hunter... {locallinks-homepage}


Klaus Kinski was attached to this project at one stage.