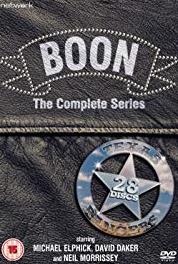 Attending an aerobics class, Ken and Harry meets Margaret Daly, Ken's old flame. Pulses racing, Ken pursues his quarry while Harry searches for his perfect partner, via a lonely ad in the local paper. Unexpected, their paths cross, and Harry is forced to contemplate selling his beloved hotel. Enter Terry Brent, a one-time fire service colleague of Ken and Harry's, to lower Harry's, to new depths - at gunpoint. Ken will shortly leave the on a stretcher.