A young man's struggle to survive in the aftermath of a deadly undead outbreak during the American Civil War. 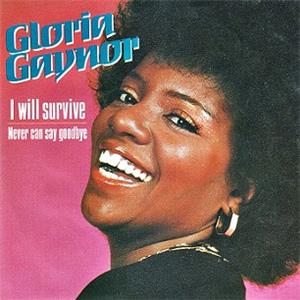 "I Will Survive" is a hit song first performed by American singer Gloria Gaynor, released in October 1978. It was written by Freddie Perren and Dino Fekaris. A promotional video was filmed in 1979 at the New York discotheque called Xenon. Sheila Reid-Pender of Harlem, NY is the featured skater in the video from the skating group, The Village Wizards. Although three videos were filmed that day, the "I Will Survive" video was the only one to survive. Ms. Gaynor was not present during the taping of the rollerskating segment of the video.


A top-selling song after its initial release, it sold 14 million copies worldwide and has remained a popular disco anthem, as well as being certified platinum by the RIAA.

The song reached number one on the Billboard Hot 100 and on the UK Singles Chart on consecutive weeks.

The song is frequently recalled as a symbol of female strength and as a gay anthem.

In 2016, the Library of Congress deemed Gaynor's original recording to be "culturally, historically, or artistically significant" and selected it for preservation in the National Recording Registry.

The song received the Grammy Award for Best Disco Recording in 1980, the only year the award was given.

It is ranked #492 on Rolling Stone magazine's list of "the 500 Greatest Songs of All Time".

In November 2013, Gaynor released a gospel album entitled We Will Survive, which includes a new, updated remix of "I Will Survive" by DJ Shpank in both extended and radio edit formats.