Inside the Tube: Going Underground The History of the Central Line (2017) watch online


Rob Bell examines the history of the Central Line, which at 46 miles is the longest in the Tube's network and connects east with west - transporting 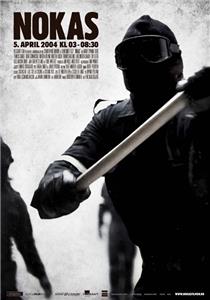 The movie portrays Norway's most spectacular robbery, where 11 men occupied central Stavanger for twenty minutes and escaped with 57 million kroner (appx $10 million). A police officer was shot and killed.

The script is based mainly on interviews with the persons involved in the original 2004 robbery, including a number of the convicted robbers. In order to interview the latter, screenwriter Christopher Grøndahl had to visit almost all larger prisons in Norway, as the convicted robbers were being held in separate institutions and constantly moved about for security reasons.

Based on the largest robbery in Norwegian history.

The major locations of the movie - the Stavanger Police Station, the Nokas Cash Central and the Cathedral Square - are all the actual locations of the original 2004 robbery. Due to a 2008 expansion of the Stavanger Police Station, the pyrotechnics of the scene where the truck is set ablaze in the driveway came very close to destroying the windows and the facade of the new section.

In order to enhance the authenticity of the movie, director Erik Skjoldbjærg casted only amateurs, including Morten Håland, who portrays his own twin brother, police officer Erik Håland. The only exception was the professional actor Frode Winther, whose physical resemblance to the robber Kjell Alrich Schumann made him an obvious choice for the role.

For the heist sequences, real bank notes, real money was used, and police officers were here to secure the loot.