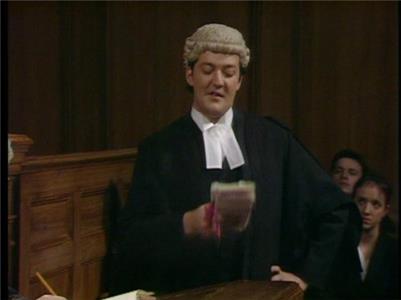 As a service to the public, Fry and Laurie provide two TV critics to deride the show. A lesbian-obsessed lawyer, a miserable English teacher, and a young couple who baptize their infant for business reasons provide plenty of fodder for the critics' self-absorbed rambling. As an added bonus, Laurie walks us through his very favorite sketch, and, with Fry's help, celebrates Swiss week.