Dee and Celia want to leave the cold behind and spend part of the winter in Cyprus. Local property expert Julie is on hand to help but can she find a


Jack Smith and Kate Jones are hunted down by a secret organisation whose motives are grim. As people are captured and killed, time is running out for 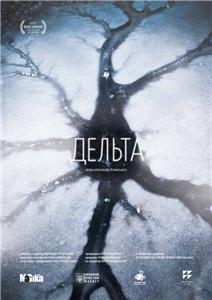 White winter blizzard covers everything. We can rely now only on saints, on our prayers. The future has sailed away, with us left behind. Astray, we did not board the magic ship. The task at hand is simple - not to perish in the fog, not to die from the cold, not to get trapped under the ice. Not to fall in our own snares. Or are we all in one big trap anyway? Running around in a small circle, counting those who vanished.


Oleksandr Techynskyi's film "Delta", produced with support of Ukrainian State Film Agency, has had its world premiere at the 60th DOK LEIPZIG film festival. "Delta", along with two other films, got special mention from the NEXT MASTERS COMTEPITION juror Jay Rosenblatt.