A DOCUMENTARY EXPLORING THE WORSE PLACE TO BE A WOMAN, THE CONGO AFRICA. 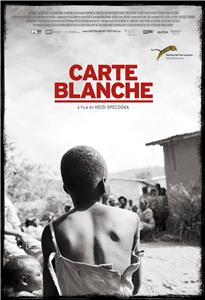 They don't wear uniforms or carry weapons; they have no bodyguards. Yet their missions take them to the most dangerous places on Earth. As investigators of the International Criminal Court they painstakingly gather evidence against those responsible for some of the most serious crimes committed in our time: in Darfur, Uganda, The Democratic Republic of the Congo and - as the least known spot on the map of core crimes - in the Central African Republic. In 2002, a wave of violence shook the Central African Republic. Militant rebels from neighboring Congo received carte blanche from their leader Jean-Pierre Bemba to kill, rape and pillage. The film "Carte Blanche" follows the investigators of the first permanent international court into the heart of Africa. Eight years after the violence, justice shall be done. And Jean-Pierre Bemba - as one of the first commanders being prosecuted before an international tribunal for his command responsibility for systematic rape - is to be put on trial...