The adventure of a brave dull man who is haunted by the ghosts of his shameful past struggles with the consequences of his fatal mistakes.


Starlink: Battle for Atlas is a new action-adventure game where you assemble a custom star ship mounted to your game controller to launch into an 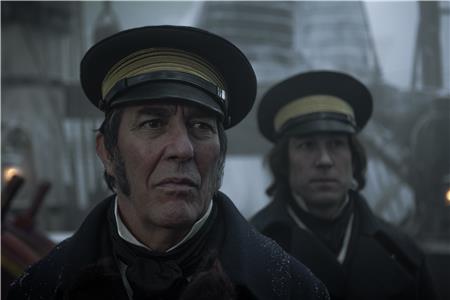 Two ships, brave captains and their crews, royal marines, all battle the elements and unknown adventure while remembering home and mission beginnings.


The HMS Erebus and the HMS Terror were Hecla-class bomb vessels, which were warships fitted with mortars instead of cannons. The HMS Terror participated in several battles of the War of 1812, including the Battle of Baltimore with the bombardment of Fort McHenry. It was at this battle where the "Star-Spangled Banner" was written by Francis Scott Key, which later became the American national anthem. After their service as warships they were retrofitted to be polar exploration vessels, their hulls were thicker than most due to the fact that the mortars they were equipped with had a tremendous amount of recoil which required a very wide, thick hull, which in turn allowed the vessels to withstand the intense pressures of breaking through pack-ice. When they were retrofitted to be polar exploration vessels they each had a 25 horsepower steam engine installed which powered a propeller. They became the first Royal Navy ships to have steam-powered engines and screw propellers.

The show begins after the expedition has already spent one winter in the arctic. The three dead crewmen they mentioned buried on Beechy Island died historically before the start of the first winter.

During a dinner on ship, Fitzjames (Tobias Menzies) compares an earlier military action of his to "Caesar crossing the Rubicon" while seated next to Franklin (Ciarán Hinds). Menzies and Hinds both previously starred in HBO's Rome (as Marcus Junius Brutus and Gaius Julius Caesar, respectively) in which Caesar's crossing of the Rubicon was a major plot point.

"Terror" is the name of one of the two ships of the expedition.

Captain Fitzjames (Tobias Menzies) compares the expedition to "crossing the Rubicon", a famous quote from Julius Caesar. Menzies played Brutus to Ciarán Hinds' Caesar in HBO's Rome. Later, in the masquerade scene from episode 6, he dresses as a Roman centurion.