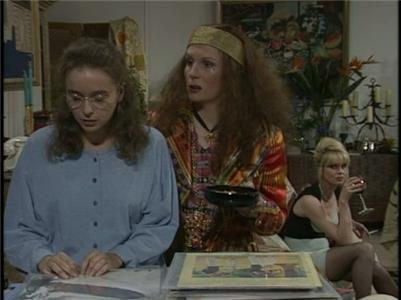 After Patsy burns down Eddy's kitchen with a cigarette, Eddy has to get the workmen in to redecorate in a Japanese style and cause everybody to use the lounge as their main living room. Saffy, expecting a boyfriend, and Eddy and Patsy are accidentally locked in the room by Mother, and, in anticipation of Saffy's date, Eddy decides to tell her the facts of life, leading to the three women exchanging stories of their births. Eventually the door is unlocked and Eddy finds Saffy's date waiting outside.


Suzy Aitchison who plays the 1970's nurse is the real life daughter of June Whitfield who plays the character of Edina's mother.