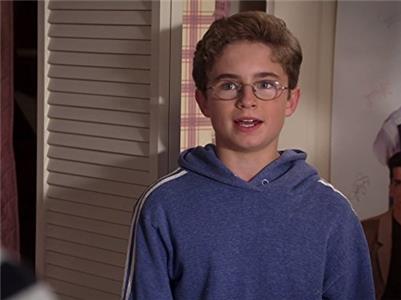 Beverly is ordered to clean out the garage by Murray, who wants everything gone except for one trunk that he allows her to keep. Meanwhile, Adam and Barry discover Erica's old collection of New Kids on the Block memorabilia.


One of the great underlying jokes of this episode was the fact that Erica's favorite member of New Kids on the Block was Jonathan. She pleaded with him, in song, to marry her. However, Jonathan is the one and only member to come out after the group broke up. The writers do allude to this by having Barry say, "But Jonathan is the...shy one".

The song played during the ending scene is New Kids on the Block 1988 song, "You Got It".