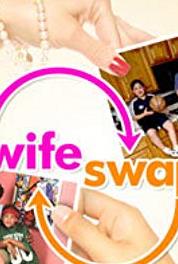 During the first week of this reality series, the new wife must adhere to exactly the same rules and lifestyle of the wife she is replacing. Each wife leaves a house manual which explains her role in the family and the duties she holds. This helps to determine what rules the wives will apply at the "rules change ceremony". During the second week, the new wives are allowed to establish their own rules, and their new families must adhere to these new household rules. It usually takes a while for the families to adjust to this policy, meanwhile the wives disburse a sum of money to the family they have become involved with, to do what the wives see fit to spend it on. At the end of the two weeks, the two couples all meet together for the first time, and the wives, along with their husbands, discuss how they felt about the two weeks. This often descends into personal insults and has degenerated into violence at least twice. More often than not, however, both families reach toward a middle ...