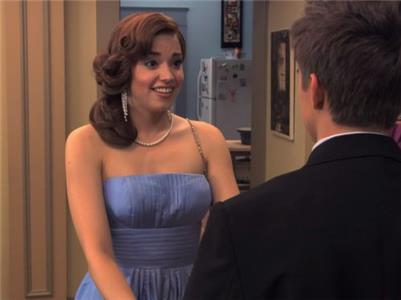 It's prom time. Carl wants to ask Jane - but before he gets the chance, Jane beats him to it, and that by doing a fancy musical number. When he tells Jane that he wanted to ask her first, she proposes a re-doing, where she pretends she didn't ask him to prom so he can do it instead. Now he feels he has to do something creative. Also, Porter struggles with seemingly unexplainable back pain and can't help Carl with it, so Denise offers to assist instead, mostly in hope of getting an A.I.T. assignment. Meanwhile, Serge wants to go with Melissa, but Brittany has decided without his permission that he will be her date, so she can be prom queen.


This is the series finale.