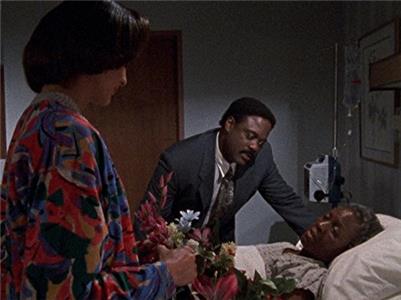 Dr. Frank Robb, the county coroner, reports several suspicious deaths by morphine overdose at Newton General Hospital to Chief Bill Gillespie. In addition, a considerable quantity of narcotics is missing from the hospital pharmacy. Cora Lucas, Aunt Ruda Gibson's roommate in the hospital is the latest victim. Suspicion falls on Dr. Lambert, who has access to hospital narcotics and has attended each of the dead patients, as well as Ruda Gibson. Virgil Tibbs is convinced his Aunt Ruda knows more than she is willing to admit about the situation.


The "Sanctuary" situation (#5.21, #5.22) is referenced in this episode when District Attorney Darnell mentions that a resolution to the case is coming soon.