The Kennedy Center Honors: A Celebration of the Performing Arts (1991) watch online


An updated version of the popular early-80's game show of the same name. While the original used pairs of family members as contestants, this version 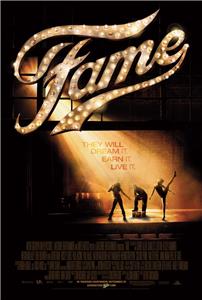 An updated version of the musical Fame (1980), which centered on the students of the New York Academy of Performing Arts.

An updated version of the musical Fame (1980), which centered on the students of the New York Academy of Performing Arts.


Debbie Allen, who plays Principal Angela Simms, is the only cast member to have made the transition from Alan Parker's original film Fame (1980). Her small part in Parker's version led to her being cast in one of the lead roles in Fame (1982), where she plays dance tutor Lydia Grant. In a 2011 interview with the Archive of American Television, Allen revealed that she considers the two characters to be the same. According to her, Lydia simply got married and uses her husband's name in the remake.

A photograph is shown of Ms. Kraft (Bebe Neuwirth) with Broadway stage legend Chita Rivera. Rivera notably played the role of Velma Kelly in the original 1975 Broadway production of Chicago. Neuwirth also played Velma Kelly when Chicago was revived on Broadway in 1996. Both actresses received Tony Award nominations for their portrayals of the same character, with Neuwirth winning the honor. Velma Kelly's signature song "All That Jazz" is performed by a male student early in the film.

Bebe Neuwirth once played a dance teacher in Fame: Stagefright (1986), a previous installment in the Fame (1980) franchise.