FailCast with Ben Giroux Ice-skating Gynecologists, Exploding Intestines, and the Worst Basketball Player in the History of Sports (2013– ) watch online

The Top 5 Reasons You Can't Blame... Major League Baseball for keeping Pete Rose out of the Hall of Fame (1999– ) watch online 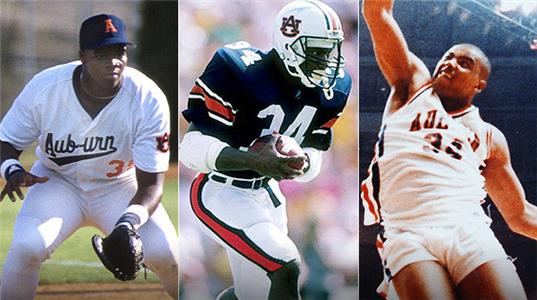 It started with the unheralded arrival of a wisecracking heavyweight basketball player named Charles Barkley. Then came the recruitment of multi-sports legend Bo Jackson, a victory in itself since he might have gone to Alabama. When Frank Thomas wasn't drafted by a major league baseball team, he decided to cast his fate with Auburn - as a football player. Told through an unforgettable reunion of the famed trio at the 2013 Iron Bowl, here's the real story of how these future Hall of Famers turned the orange and blue of Tiger athletics into gold.