Doctor Planturel who is leaving for a vacation, hires a new servant too hastily. Now, Victor, the alleged domestic, is in fact a robber whose only 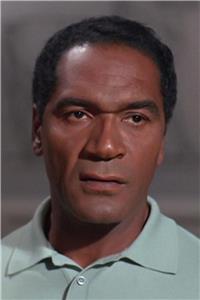 A burglar steals notebooks from a psychiatrist but double crosses an accomplice and takes the notebooks for himself. One of the patients hires Mannix and Intertect after being blackmailed. Mannix's client is a movie studio art director who has a secret in his past. The trail turns deadly. The burglar and a companion turn up dead and Intertect boss Lew Wickersham is wounded.


After the teaser, the story opens on a western movie set and depicts an extended fist fight that begins in a bar and tumbles out into the street. At the end of the fight, it is revealed that it is, indeed, a movie set and not a western. The uncredited director of the western fight scene, who shares a few words with Joe Mannix, is played by Bruce Geller. Geller was the creator of "Mission: Impossible" and the producer of this season of "Mannix"; this is one of only two on-screen acting appearances by Geller. (His only credited screen acting role was in the 1975 TV movie "Fear on Trial," in which he played his own father, Judge Abraham Geller, in a landmark court case.)