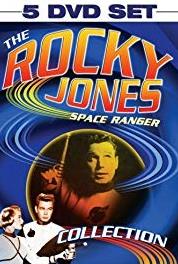 Rocky is off again, this time to investigate a vague "need aid" message from a space station. It is discovered that radiation poisoning is to blame and the source is Agar of the planet Medina. Agar went to the Forbidden Moon and is the only one to ever survive. He did it with the help of a plant that gives immunity to the moon's "cosmic" radiation. Now Agar, a walking radiation pump, plans to rule the universe with this. Agar will give the immunity to his sister Yarra (he "shares" the rule of Medina with her) and his people and threaten all others with the radiation unless they do as they wish. Will Rocky save the day and the universe?! Short answer: Yes. Vena, Winky, the Professor, and of course Bobby are on board for this mission.