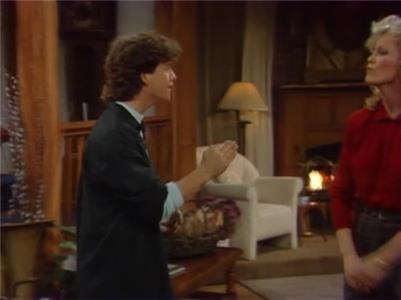 Mike will do anything to put off doing his English paper, so Jason tries a bit of reverse psychology to motivate his son.


While Mike is running around upstairs to get his tape recorder, Maggie and Jason are sitting on the couch downstairs. The headline on the New York World that Maggie is reading says, "Illiterocy Rate Growing". The correct spelling is illiteracy, which we can assume was done as a joke considering the headline.

At the start of the episode, Ben is watching TV, and the announcer says that according to a recent poll, "the dreamiest guy alive is Kirk..." at which point Ben states "Who cares?" and changes the channel. Clearly, the name was Kirk Cameron, who played Mike, and was popular among teen girls at the time.