Ike Lundquist is the quintessential lonely modern man. He is in communication with the world but totally out of touch. As a telemarketer, he performs 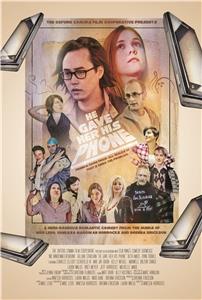 Eric, a 20-something, heart-broken nerd is convinced by his roommate to meet a new girl. After meeting one on the train, he throws her his phone in a desperate attempt to be romantic and spontaneous. The girl, Aimee, is to get to know Eric by calling his friends over the course of the day and finding out more about him. When she accidentally talks to his ex-girlfriend Sarah, things start to get interesting. Sarah attempts to foil Eric's romantic plans by manipulating him into getting back together. Will Eric fall for Sarah's attempts? Will Aimee get fed up and pawn his phone? Find out, in the nerdly romantic comedy, 'He Gave Her His Phone!'