Taken amid the same surroundings as the previous picture [CROW INDIAN WAR DANCE] and showing the same lot of Indians in a different dance. 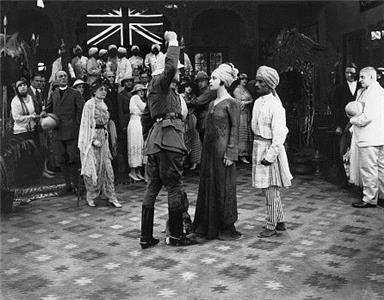 Sigrid, A French dancer, diagnosed with a weak heart, is ordered by her doctor never to dance again. But when her dancing skills are needed by her lover's father to help quell a native uprising on the East Indian frontier, she determines to dance whatever the cost.


This film was preserved by the George Eastman House and restored with a grant from the National Film Preservation Foundation in 2011. In September of that year, it was screened at Cinecon 47 at Grauman's Egyptian Theater in Los Angeles, California.