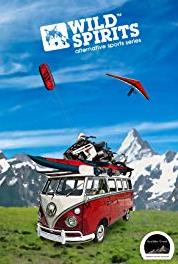 The world's top skiers and snowboarders battle for one of the places at the 2013 FreeRide World Championships, in this week's Wild Spirits. This episode also introduces the Frenchman Thibaud Duchosal, a veteran of freeriding. Having been previously knocked out of the FWT with a bad injury, Wild Spirits follows him as he attempts to make his way back into the sport.