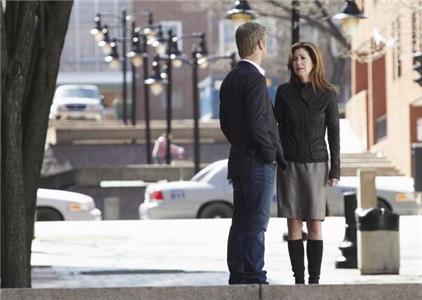 A female jogger is found floating in the Schuylkill River. Dr. Megan Hunt teams up with her partner, medical investigator and former cop Peter Dunlop, under the watchful eye of their boss, Chief Medical Examiner Dr. Kate Murphy, who is very aware of Megan's gifted but polarizing work style. Megan's colleagues, Dr. Ethan Gross and Deputy Chief Medical Examiner Dr. Curtis Brumfield, must find their own way to work alongside the new medical examiner. Megan's investigation takes her out in the field where she meets old-school cop Detective Bud Morris, who is exasperated by Megan's tenacity and bull-headedness. But his partner, Detective Samantha Baker, possesses a quiet respect for Megan's input, even if Morris doesn't. Meanwhile, as she's is trying to solve the female jogger's death, Megan has to solve a personal puzzle of her own -- what is the perfect present for her daughter's 12th birthday?